Bosch PR20EVS vs GKF125CEN… These Colt palm routers have several features in common. For instance, they both come with a soft-start circuitry feature that reduces start-up torque. What are their differences? Read along to find out.

In this section, we highlight the differences between these two routers.

Amperage is a measurement of how effectively a tool’s motor can cool itself. The higher the amp value, the better. Between the PR20EVS and the GKF125CEN, it’s the Bosch GKF125CEN that has better amperage.

Based on the data collected, the Bosch PR20EVS is lighter and smaller. It weighs 3.3 lbs., which is 1.1 lb. more than the weight of the GKF125CEN.

Both routers have the same number of items included in the package. But there’s an item that one router has that the other lacks. For instance, the Bosch PR20EVS includes a shaft wrench, but the GKF125CEN does not. The GKF125CEN has a fixed base, but the PR20EVS does not.

The Bosch PR20EVS can work with more attachments than the GKF125CEN.

A work light is truly advantageous for precision especially when working in a dimly lit area. The Bosch GKF125CEN has an LED light, but the PR20EVS does not.

When it comes to depth adjustment, both routers have a macro- and micro-adjustment system. The difference is that the Bosch PR20EVS has a Quick Clamp system for a quick and easy adjustment process. The Bosch GKF125CEN makes use of a knob.

Which of these Bosch Colt palm routers should you choose?

Overall, the Bosch GKF125CEN has better features than the PR20EVS. It has more power, and the LED feature is a big plus. That said, this is for you if you prefer a powerful tool.

But if you want a lighter router that can work with a variety of attachments – not to mention that it has a Quick Clamp system – get the Bosch PR20EVS. 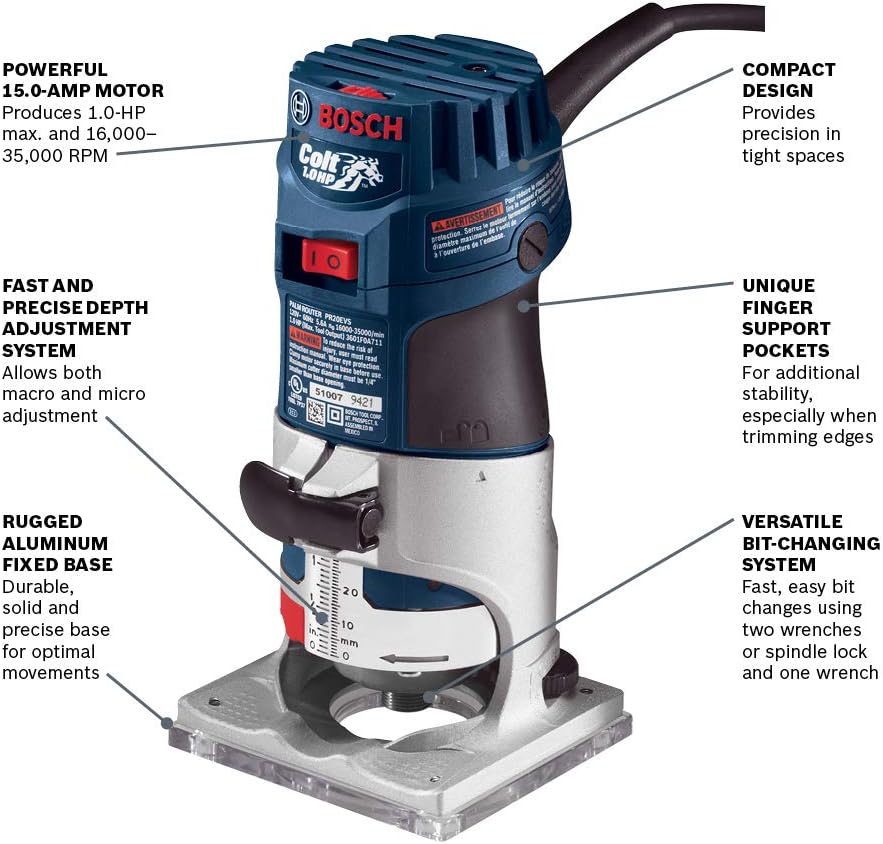 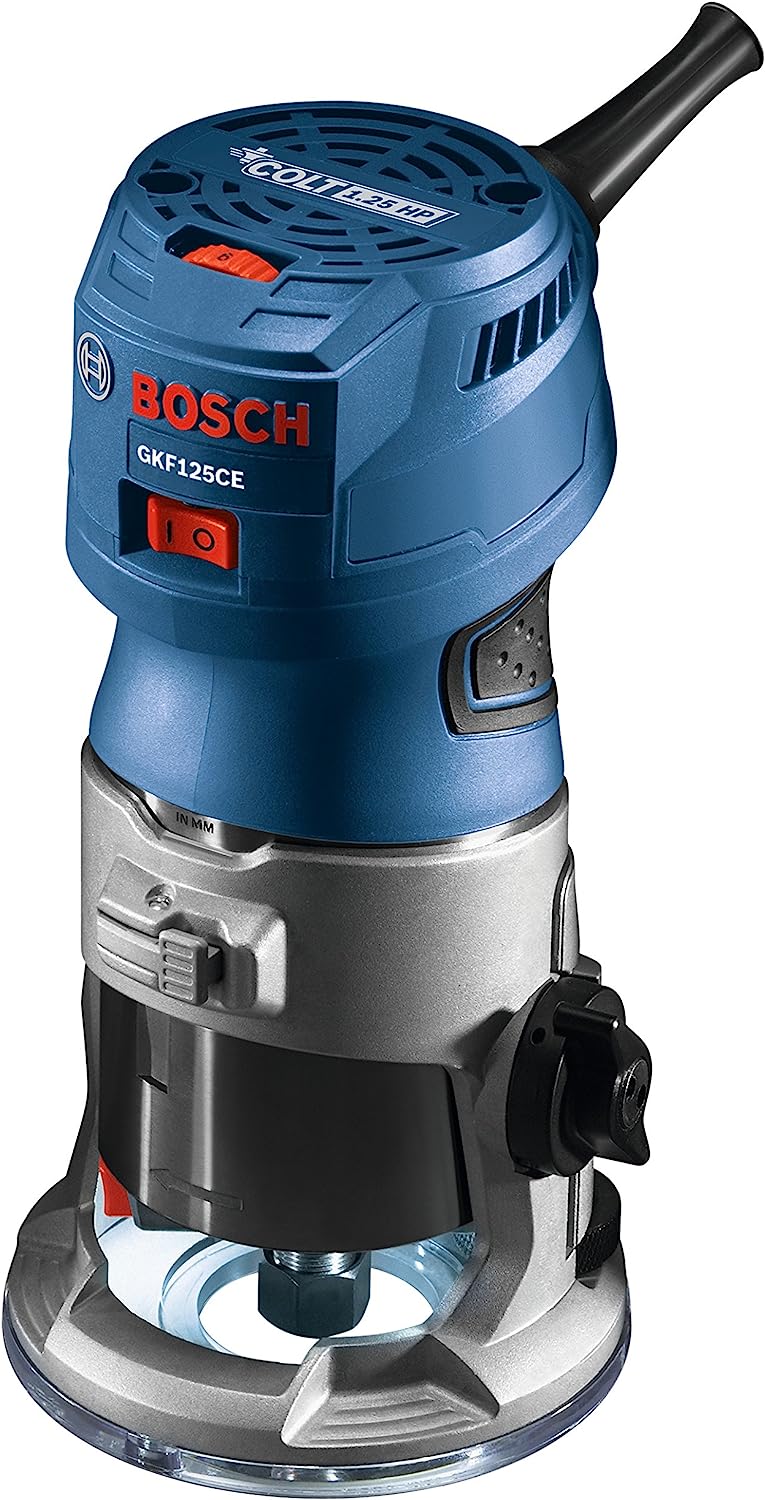 In case you’re not familiar, Triton is an Australian brand established in 1976. Although the company isn’t as popular as, say, Makita, its products are slowly creeping into workshops because of their quality.

Triton MOF001 vs JOF001… which of these plunge routers should you get? To help you answer this question, we give you this comparison report.

On this site, we’ve compared several models of routers. For instance, here’s a comparison report between the Makita RT0701C and the DeWalt DWP611. Check it out.

Based on the chart presented above, there are a number of differences between these two Triton plunge routers. We list them down below.

With the Triton JOF001, you can choose between two modes of depth adjustment – free plunge and micro winder for fine adjustment. But with the MOF001, you have 3 options, which include free plunge, micro winder, and rack-and-pinion options.

The Triton MOF001 is less noisy compared with the JOF001.

The Triton JOF001 wins in this area. It has more accessories to give you compared with the MOF001.

Which of these routers should you get? Overall, the Triton MOF001 has more to offer than the JOF001. It has a more powerful motor, has 3 options for depth adjustment, is a bit lighter, and is less noisy. 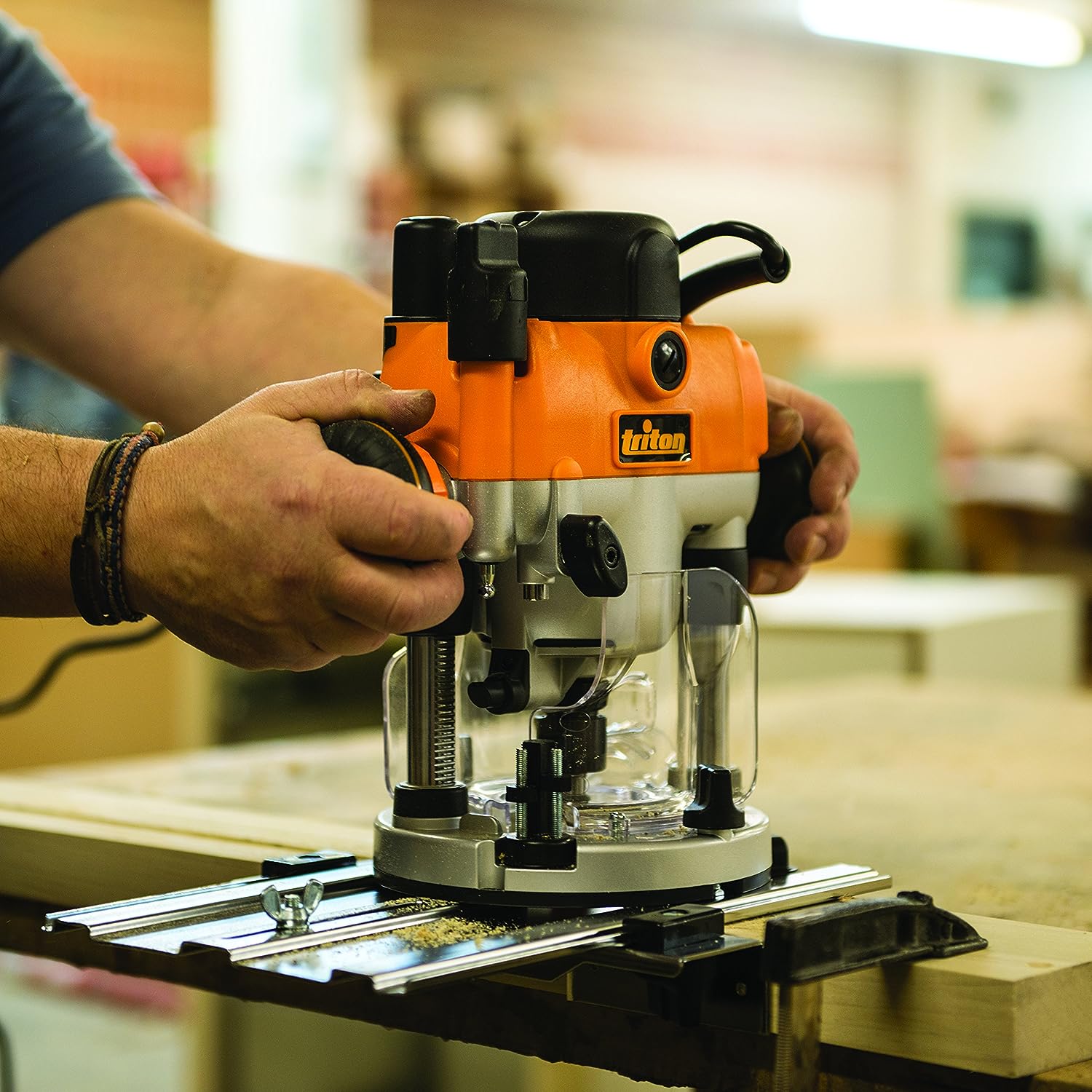 Makita RT0701C vs DeWalt DWP611… Both of these compact routers are equipped with a 1-1/4-HP motor that promises to “deliver power” to complete tough tasks. What’s the difference? Read along to find out.

We’ve also compared the DWP611 against the DeWalt DCW600B. If you’re interested in the report, read it here.

In this section, we give you the main differences between these two routers.

Amps measure how well a motor cools itself. Overall, the higher the rating, the better. In this case, the DeWalt DWP611 has a better amperage than the Makita.

The DeWalt DWP611 wins again in this area. LED is important especially when working in a workspace with poor lighting.

One of the most obvious differences between these two routers is their depth adjustment system. The Dewalt makes use of a “ring” system, wherein you twist a large ring that’s wrapped around the body of the router. The Makita, on the other hand, has a knob that you twist to fine-tune your depth adjustment.

The Makita has more extra items for you. It includes a 1/4″ collet and a straight guide apart from a wrench and a standard base.

Which of these routers should you choose? It depends on what features you find important.

Both of these tools have something to offer that the other does not. For instance, the Makita RT0701C has better RPM, is lighter, and has more included items. The disadvantage is that it has no built-in work light.

The DeWalt DWP611, on the other hand, has better amperage and has a dual LED feature. 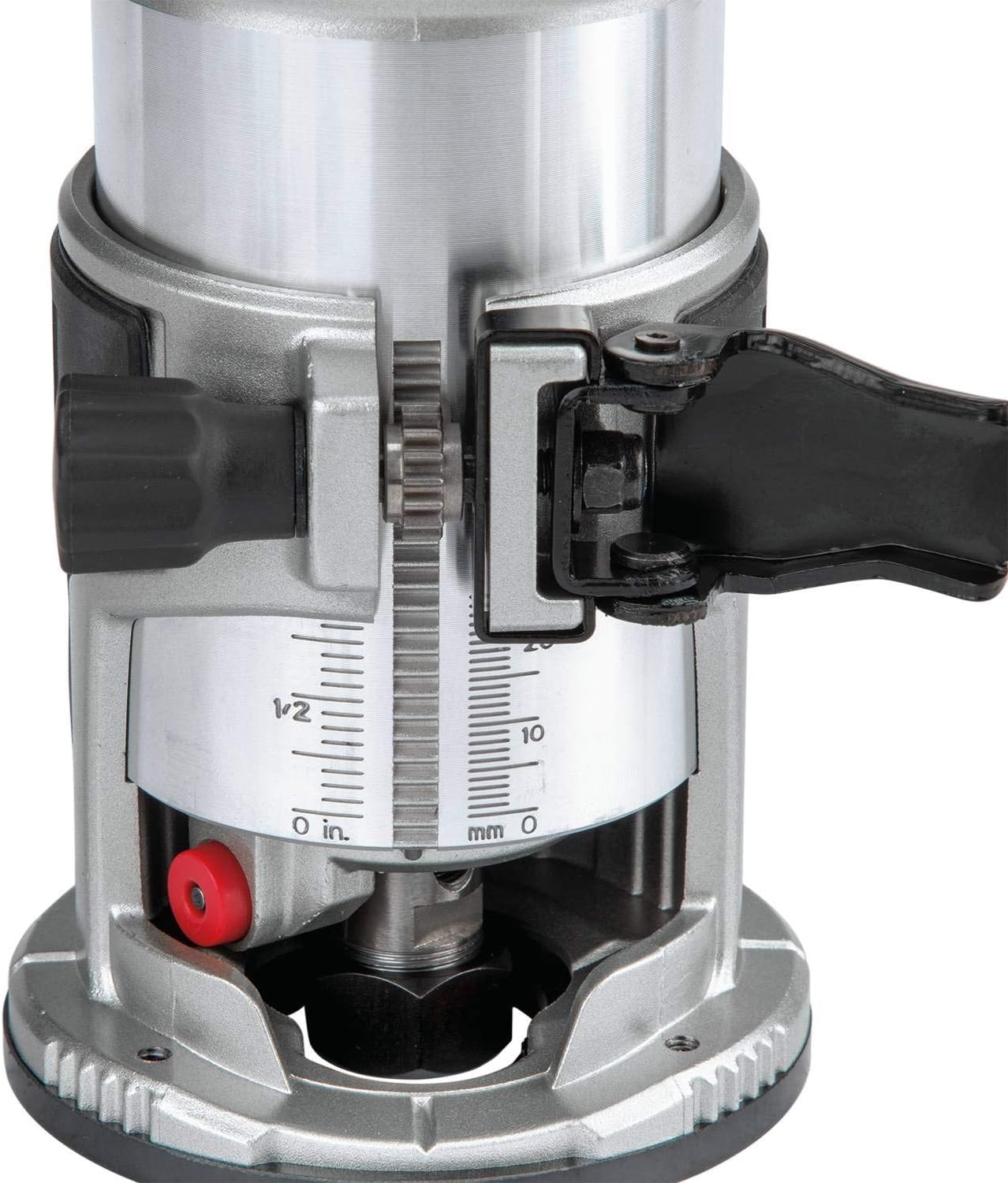 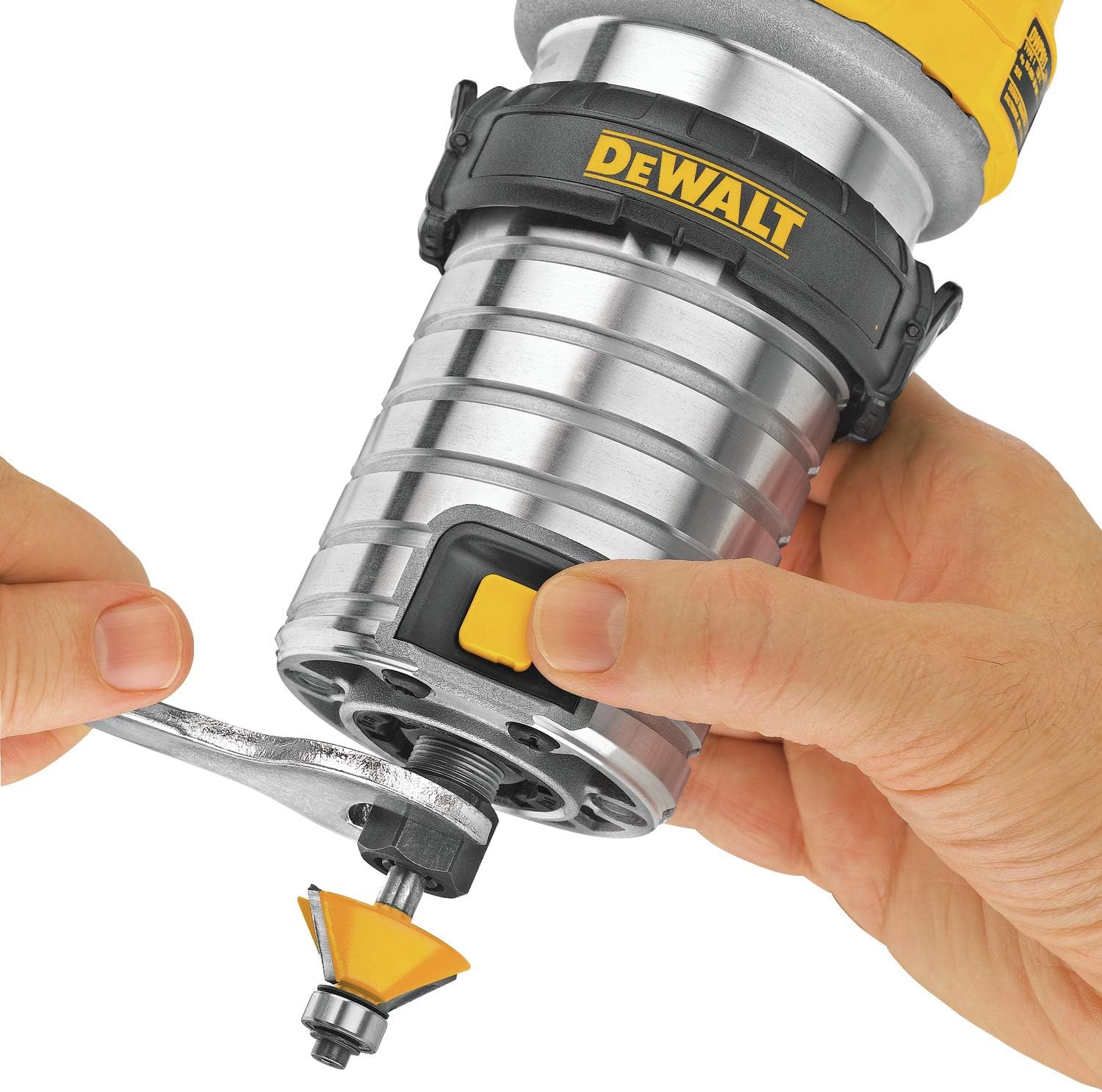 The DeWalt DCW600B was made available in 2018 and the DeWalt DWP611, back in 2010. Since their release dates, both of these tools have been given excellent ratings by previous consumers on a popular online retailer.

What’s their difference? For starters, the DCW600B is the cordless version of the DWP611. Will the newer model trump the older one in specs and features? Find out in this DeWalt DCW600B vs DWP611 comparison report.

As stated earlier, these DeWalt tools are the corded or cordless version of the other. They share a lot of common features and specs. But apart from power type, the following is a list of these routers’ main differences.

According to data gathered, the DeWalt DCW600B‘s housing material is made of plastic. The corded version’s is made of aluminum.

Which of these routers should you choose?

It’s easy to say “pick the corded version” because it’s more powerful, has an aluminum housing, and has higher RPM. But the great advantage of the DWP611 is that it’s portable and cord-free. 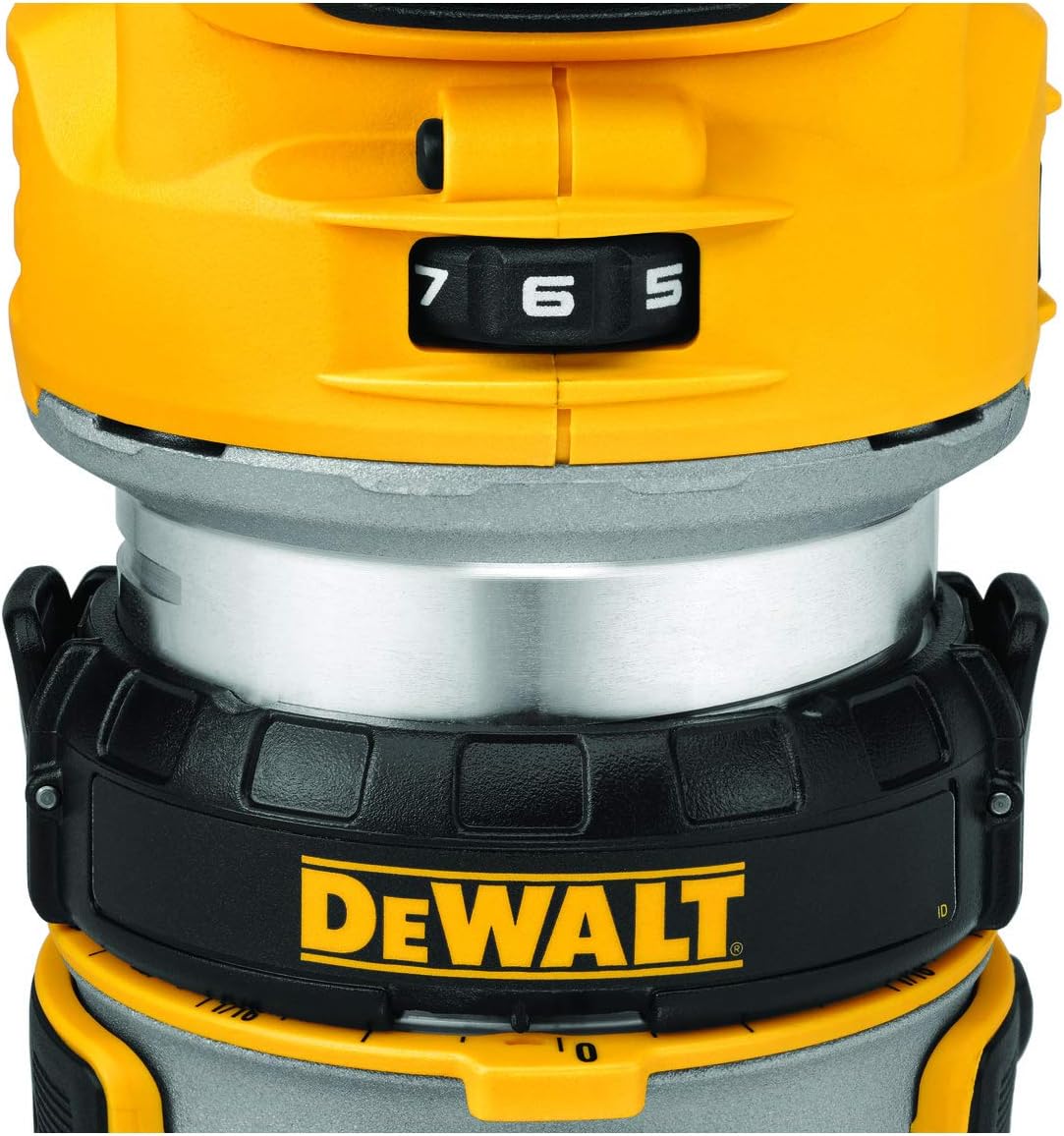