This Milwaukee 2720-20 vs 2722-20 comparison report is between the Sawzall and the Super Sawzall. What makes the latter “super”? Does it have better features? Read on to find out.

Here’s a list of the main differences between these two sabre saws.

Both of these Milwaukee reciprocating saws have variable speeds, but with the Milwaukee 2722-20, you get the convenience of having a speed control dial where you can choose among 5 speed option. All you have to do is to turn the dial to the desired option. With the Milwaukee 2720-20, varying the speed is dependent on the pressure you exert on the trigger.

The Milwaukee 2722-20 has an orbit action option; the 2720-20 does not. According to the 2722-20’s manual, orbital action is recommended for fast, aggressive cutting. Use the orbit control switch if you want to enable this feature.

The Milwaukee 2722-20 wins again in this area. It comes with a Redlithium High Output battery pack, which delivers more power than the XC5.0.

For demolition jobs where hammers and crowbars can’t be relied on, there’s a reciprocating saw, which is also known as “sabre saw.” In this comparison report, we compare two models made by Milwaukee tools, the Milwaukee 2720-20 vs 2721-20.

As you can clearly see in the chart above, the key difference between these two Milwaukee reciprocating saws is whether or not they’re One Key compatible.

As advertised, One Key is a feature that allows you to customize, track, and manage your recip saw’s performance and location. When enabled, you can also lock or disable your tool remotely via your smartphone.

Between the two models, it’s the Milwaukee 2721-20 that is One Key compatible. 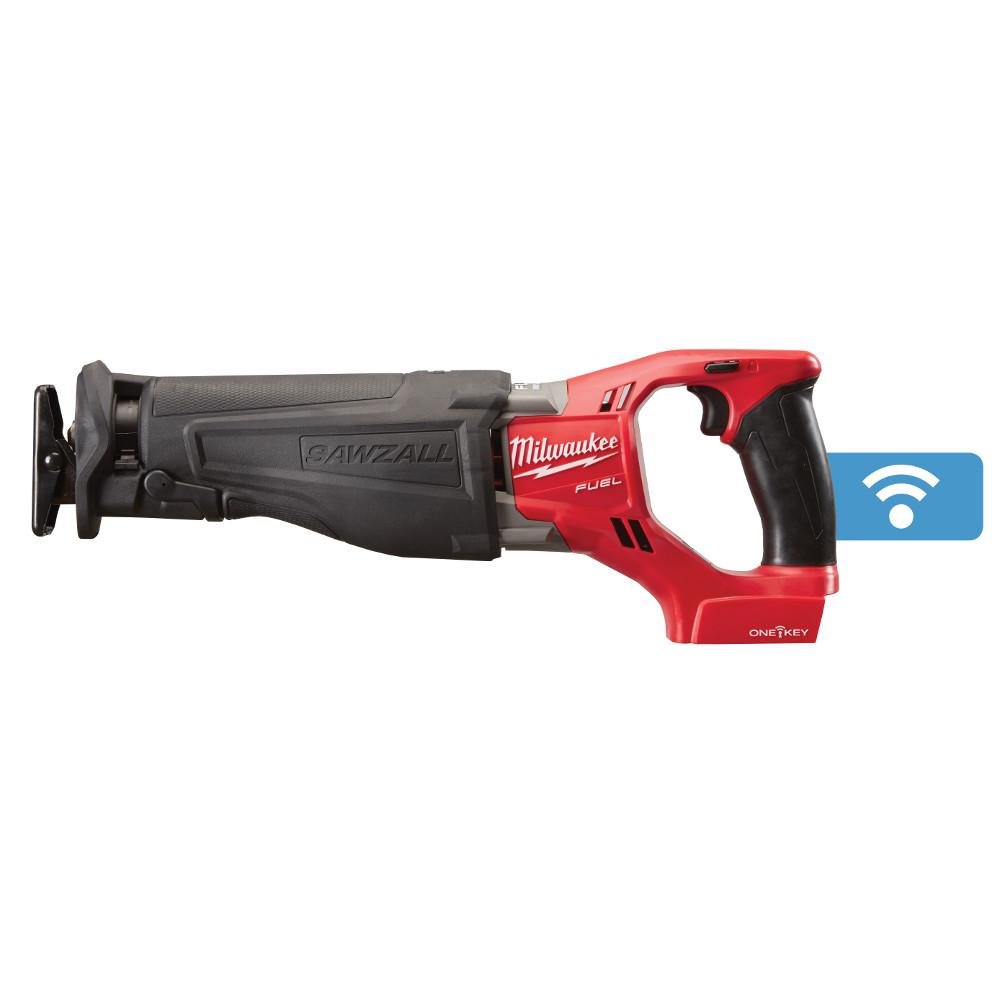 Before we start with this DEWALT DCS380 vs DCS387 comparison report, let’s first mention that aside from being the ultimate demolition tool, a recip or sabre saw can also be used in a few other ways.

For instance, this video demonstrates how you can cut tree branches using this saw. If you want a tool that allows you to quickly prune small branches, a recip saw can be reliable.

Also, in this video, you can use a sabre saw to cut dovetails.

This comparison chart gives you a quick overview of these saws’ similarities and differences. As you can see, they are more similar than different.

When it comes to features, there’s not much difference between the DEWALT DCS380 and the DEWALT DCS387 saws. Both of them are not equipped with a brushless motor, but they’re both cordless and have a 4-Position Blade Clamp feature.

Their difference is mainly on aesthetics, size, and strokes/min.

Based on the data available, both of these recip saws have a stroke length of 1-1/8 inches, but the DEWALT DCS380 has a slightly higher SPM, making it cut faster than the DEWALT DCS387.

The DEWALT DCS380 has a longer body, which measures 18 inches. In comparison, the DEWALT DCS387 is smaller by about 3.5 inches. As advertised, the DCS387 has a tool length of 14.5 inches. 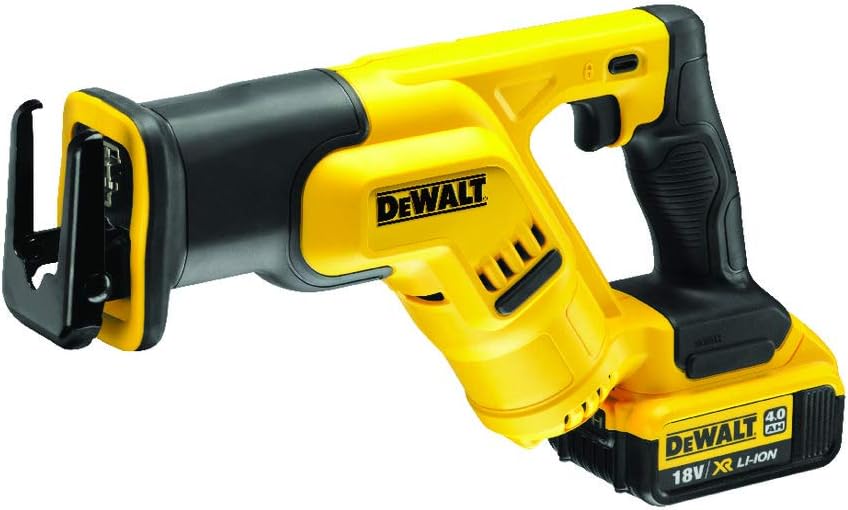 Here, we’re going to compare two other DEWALT models, the DCS380 and the DCS388. For starters, the DCS380 came years before the DCS388. Both have received topnotch consumer feedback, but which one can address your needs? Let this comparison help you come up with an answer.

First, here’s a chart that you can use as an easy and quick reference.

Now, here are the key differences.

What is a FLEXVOLT system?

Described as “revolutionary” by DEWALT, this technology is basically a battery innovation. If a tool is equipped with FLEXVOLT, it means it can automatically change between two voltages. For instance, it can switch between 20V and 60V.

Between the two recip saws presented on this post, the DCS388 is compatible with FLEXVOLT batteries. The DCS380 is not.

While both models have a keyless blade clamp, the DCS380 has the advantage of having a 4-position blade clamp. To some people, this feature is an important factor because with it, you can enjoy positional versatility, and thus tackle a wide variety of jobs.

Which of these reciprocating saws is for you? In the end, it’s about the features that are most important to you. True, the DEWALT DCS38’s FLEXVOLT System is tempting, but to some people, a 4-Position Key Blade is more important.