The “+” makes a huge difference. Usually, when a brand attaches the plus sign to a model, this means added features. In this Evolution R255SMS vs R255SMS+ comparison report, you’ll see which features or specs have been added to the older model.

Use this chart as a quick guide and reference to see these miter saws’ differences.

Here’s a list of the major differences between these two sliding compound miter saws.

The most obvious difference is their inclusions. In general, the R255SMS+ has more freebies to give, which include a dust collection bag and a slide rail protector. But there are also a few items that the R255SMS has that you can’t find when you purchase a R255SMS+ such as a hex key. Also, the included cutting blade for each saw is different. With the R255SMS+, you’ll get the premium one.

Between these two miter saws, the Evolution R255SMS+ has a longer cable, which has a length of 3 meters. In comparison, the R255SMS has a cable length of 2m.

Blade, No. of Teeth

The blade for the Evolution R255SMS+ has more teeth than that of the R255SMS’s. 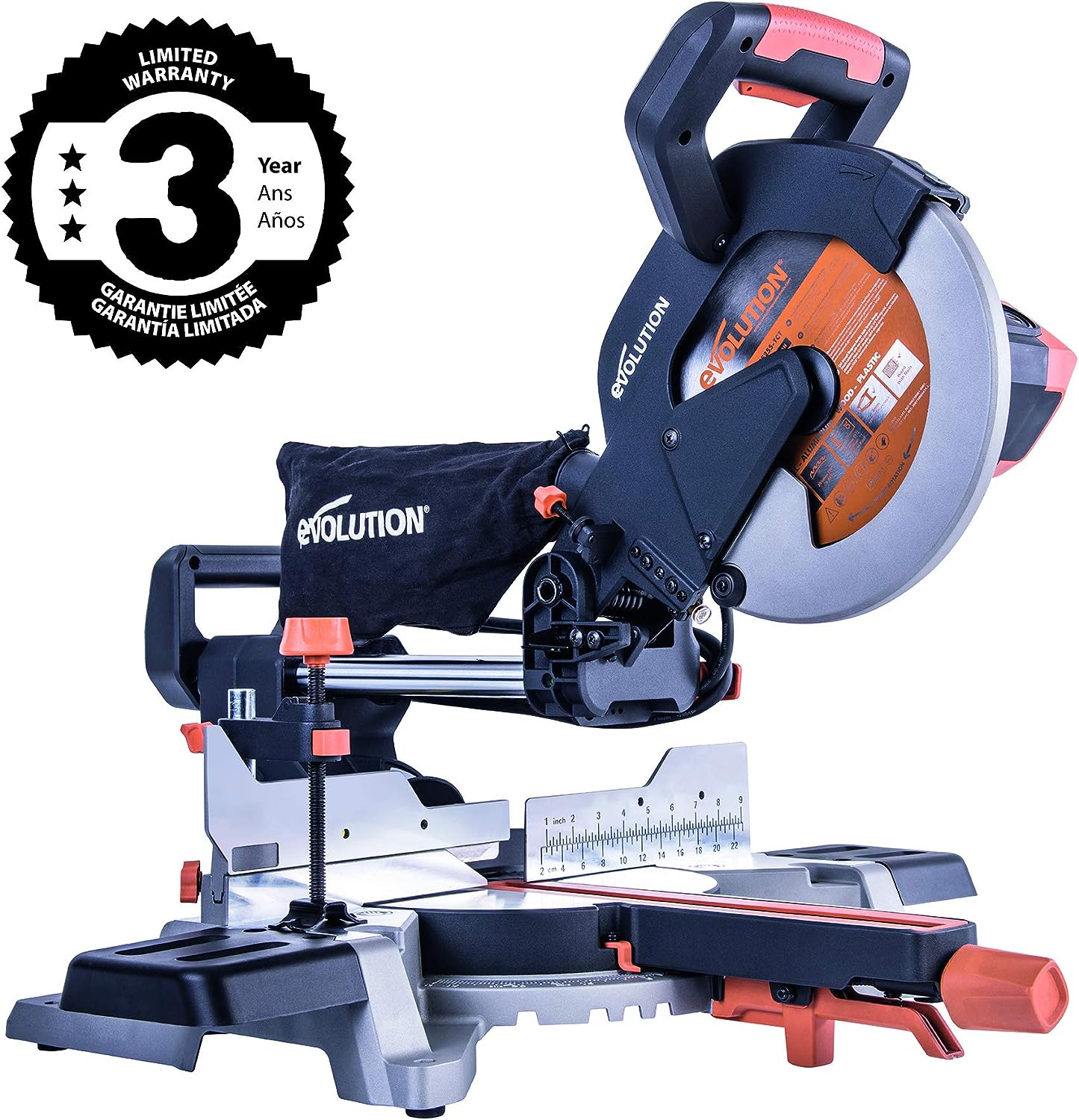 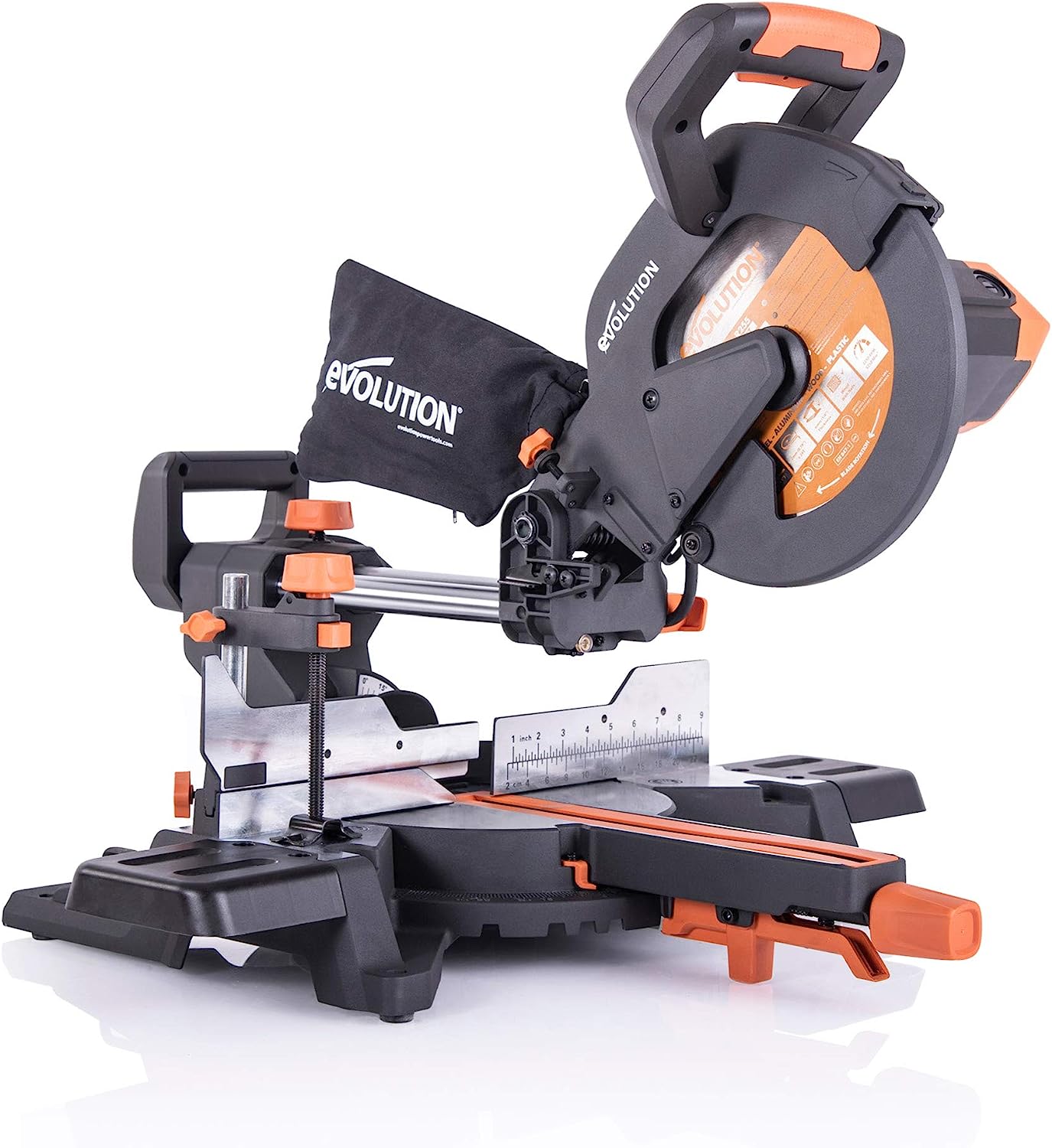 In a different report, we’ve compared the Dewalt DWS779 with another DeWalt model, the DWS715. Here, we’re comparing it with a non-DeWalt, the Ridgid R4221.

What are the differences between these two miter saws? Similarities? Read on to find out.

In this section, we list down the key differences between these two miter saws.

The Ridgid R4221 boasts an “industry-leading 0-70-degree miter range with 70 degrees to the left and to the right.” In comparison, the DWS779 has a miter range of up to 48 degrees, left and right.

One advantage of the Ridgid R4221 is that it has a built-in work light. The DeWalt DWS779 is not equipped with an LED light. Plus, it has a better speed rating.

The DeWalt DWS779 is a tried-and-tested model that has enough power to cut thick boards up to 6.75 inches. Compared with the Ridgid, the DeWalt is lighter and smaller.

The Ridgid R4221‘s advantage is its work light, which allows you to see clearly especially in a poorly lit area. Plus, it has a better speed rating. 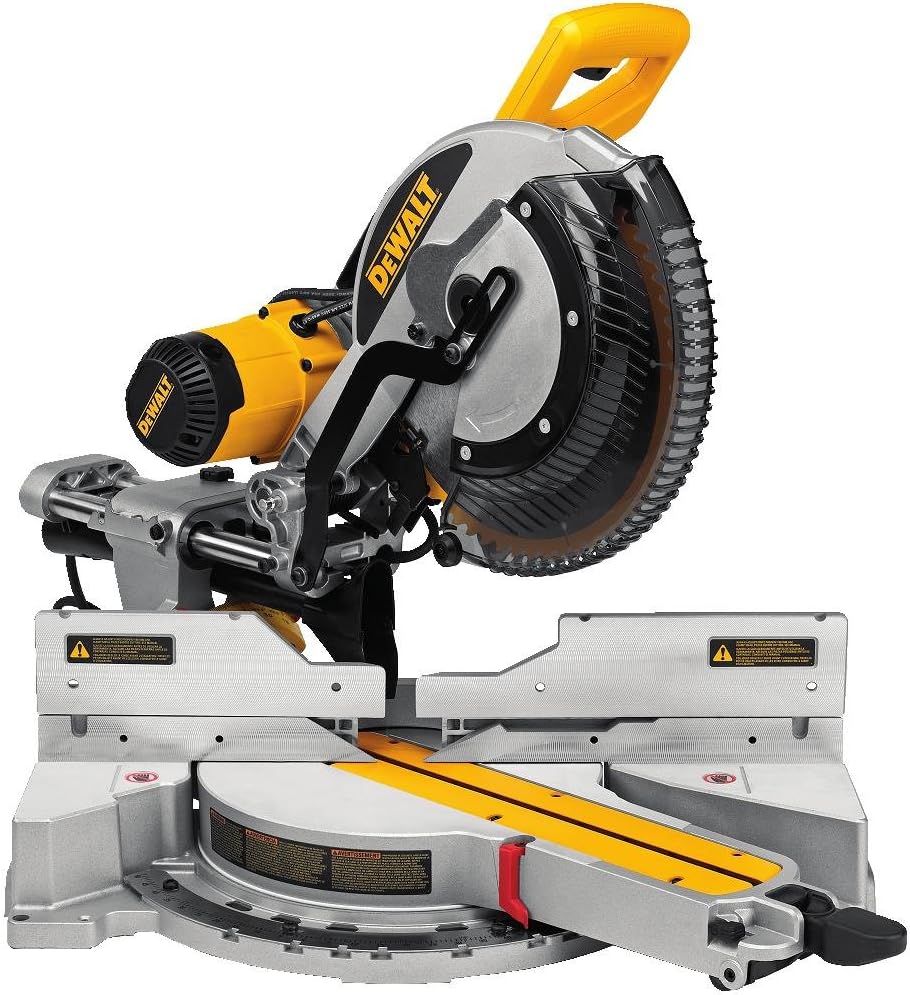 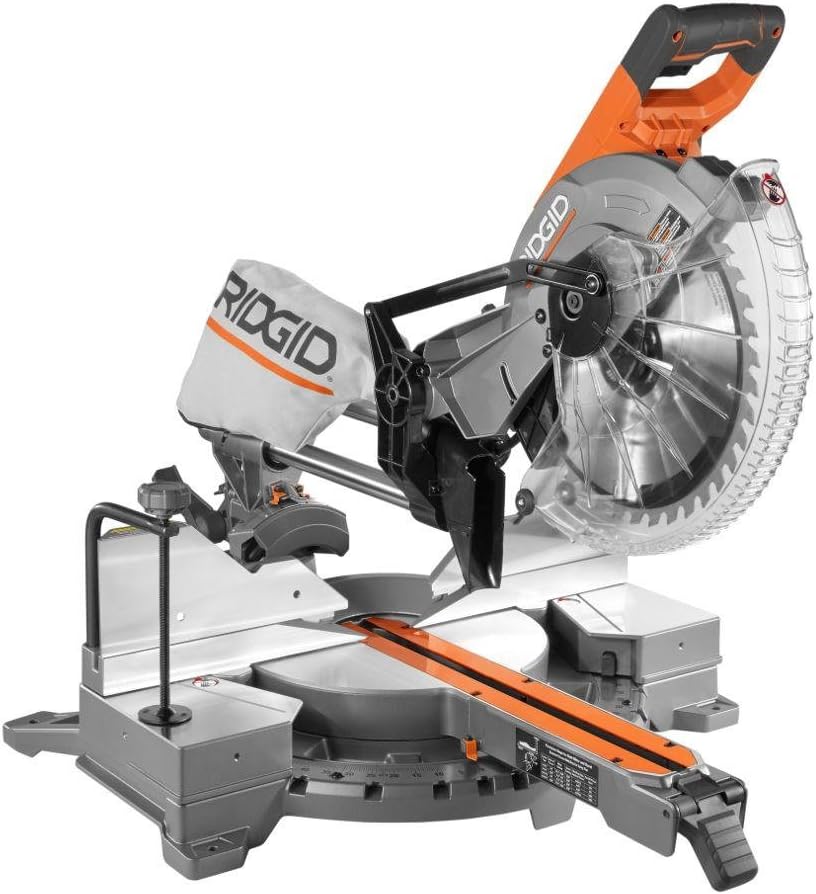 In this comparison report, we’re going to compare two popular miter saw models from DeWalt – the DeWalt DHS790AT2 vs DWS780. One of them is an innovative idea wherein you get to choose between two power options. Which one is it? Read along to find out.

In our previous reports, we also compared other DeWalt miter saw models. For instance, the Dewalt DWS715 vs DWS713. Find out their differences/similarities here.

As you can see in the chart above, the main difference between the two DeWalt miter saws is their power source.

The DeWalt DHS790AT2 is a battery-operated power tool. It is part of DeWalt’s FLEXVOLT product line. Meaning, this tool makes use of a battery system called FLEXVOLT, which allows you to switch between two voltages when you change tools. In addition, the DHS790 also gives you the ability to choose between two power sources – cordless or corded.

The DeWalt DWS780, on the other hand, is a corded machine. That said, don’t expect to get a charger and battery packs.

Both miter saws come with a powerful 15-AMP brushless motor. They’re both reliable and have received generally positive feedback from previous customers.

Which one should you get? It all boils down to preference. A corded tool such as the DeWalt DWS780 ensures continuous flow of electricity/power. But if you hate the sight of cords, the DeWalt DHS790AT2 is for you. 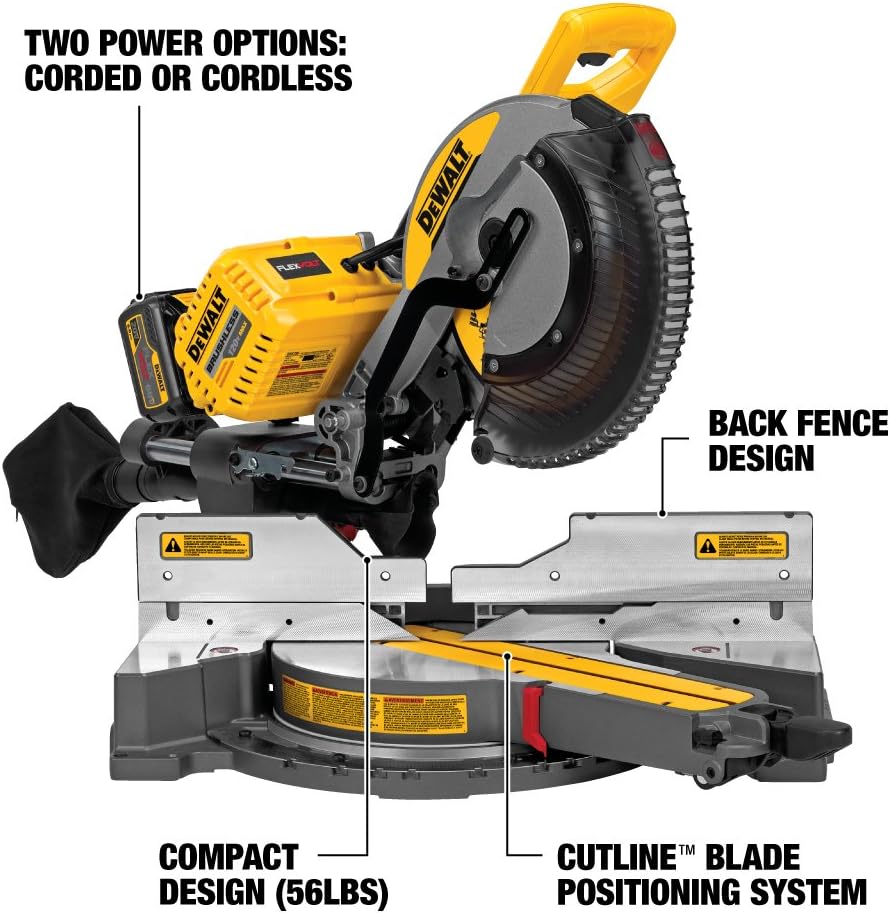 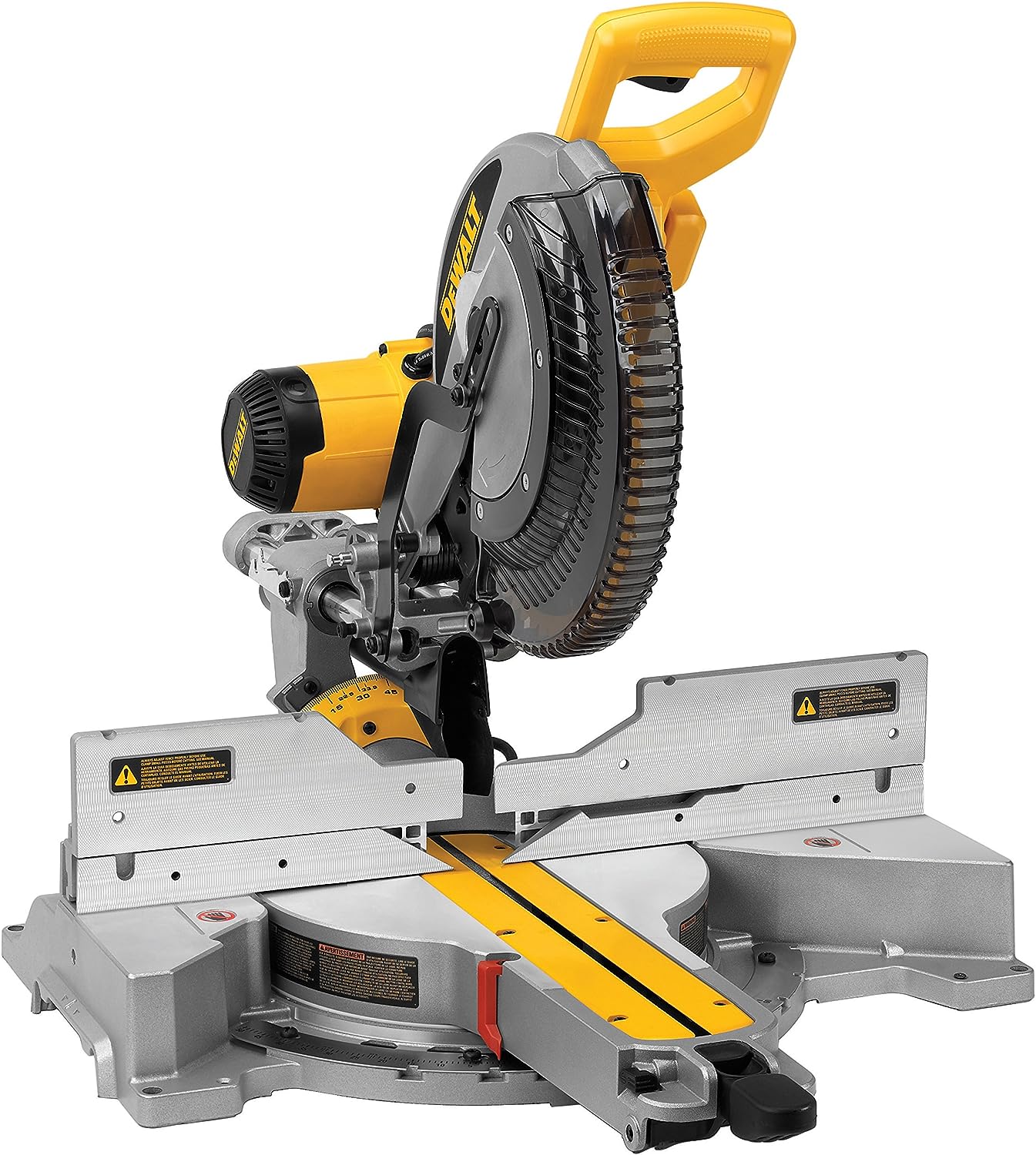 In this Milwaukee 2734-20 vs 2734-21 comparison report, we give you the differences (and similarities) between the aforementioned miter saws. It’ll be quick, we promise.

You might be interested in other miter saw models. Check out this Makita LS1221 vs LS1040 report.

Here’s a chart that highlights these miter saws’ similarities and differences.

As you can see in the chart above, the Milwaukee 2734-20 and the 2734-21 is not at all different when it comes to the miter saw. The specs and features are the same. 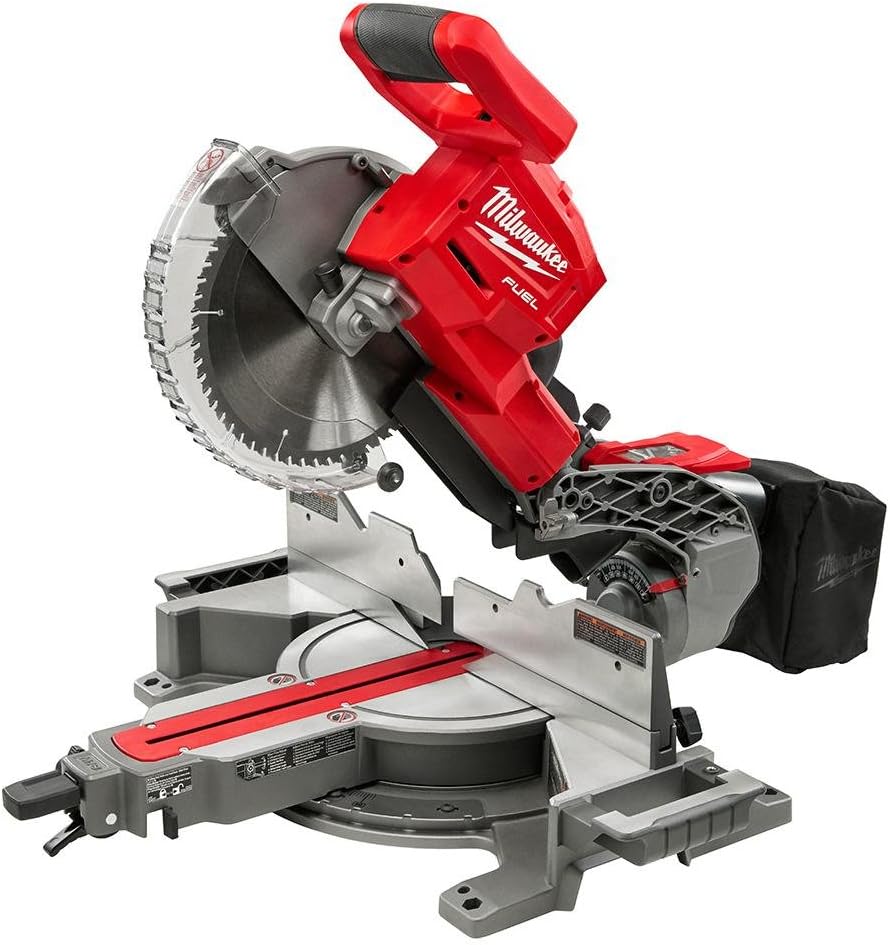 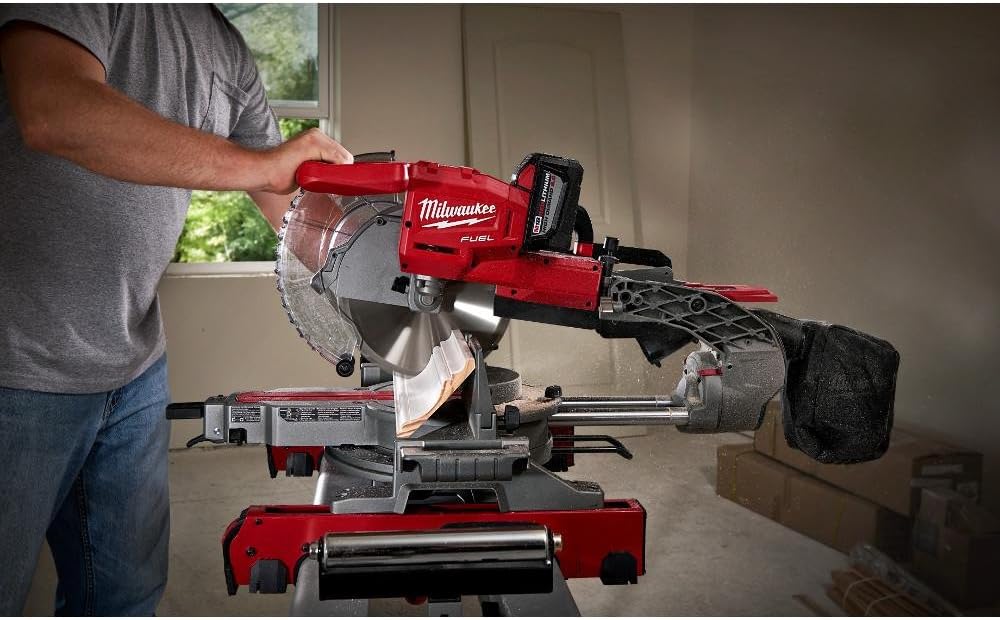