Line lasers are one of the most useful tools you’ll have in your workshop especially if you’re after precise angles. Here, we’re going to compare two laser levelling devices, the Dewalt DW089LG vs Bosch GLL3-330CG. Which one has better features? Find out in this comparison report.

Here’s a list of these line lasers’ main differences.

Between these two devices, the Dewalt DW089LG has a better IP rating, which according to data is given a rating of IP 65. This means that it’s “totally protected against dust ingress” and against “low pressure water jets from any direction.”

In comparison, the Bosch GLL3-330CG has an IP rating of 54. It has “limited protection against dust ingress” and it’s “protected against splash water from any direction.”

The Bosch GLL3-330CG is smaller in size than the Dewalt.

The Dewalt has a better range of operating temperature than the Bosch.

Between these two devices, the Dewalt has a larger tolerance value (0r allowable distance) at sufaces at least 30 inches long.

With the Bosch GLL3-330CG, you can use your smartphone to control this device’s operation from across the room. The Leveling Remote App also turns it on or off using your smartphone.

Which of these line lasers do we recommend? Based on the data presented, the Bosch GLL3-330CG has better features overall. 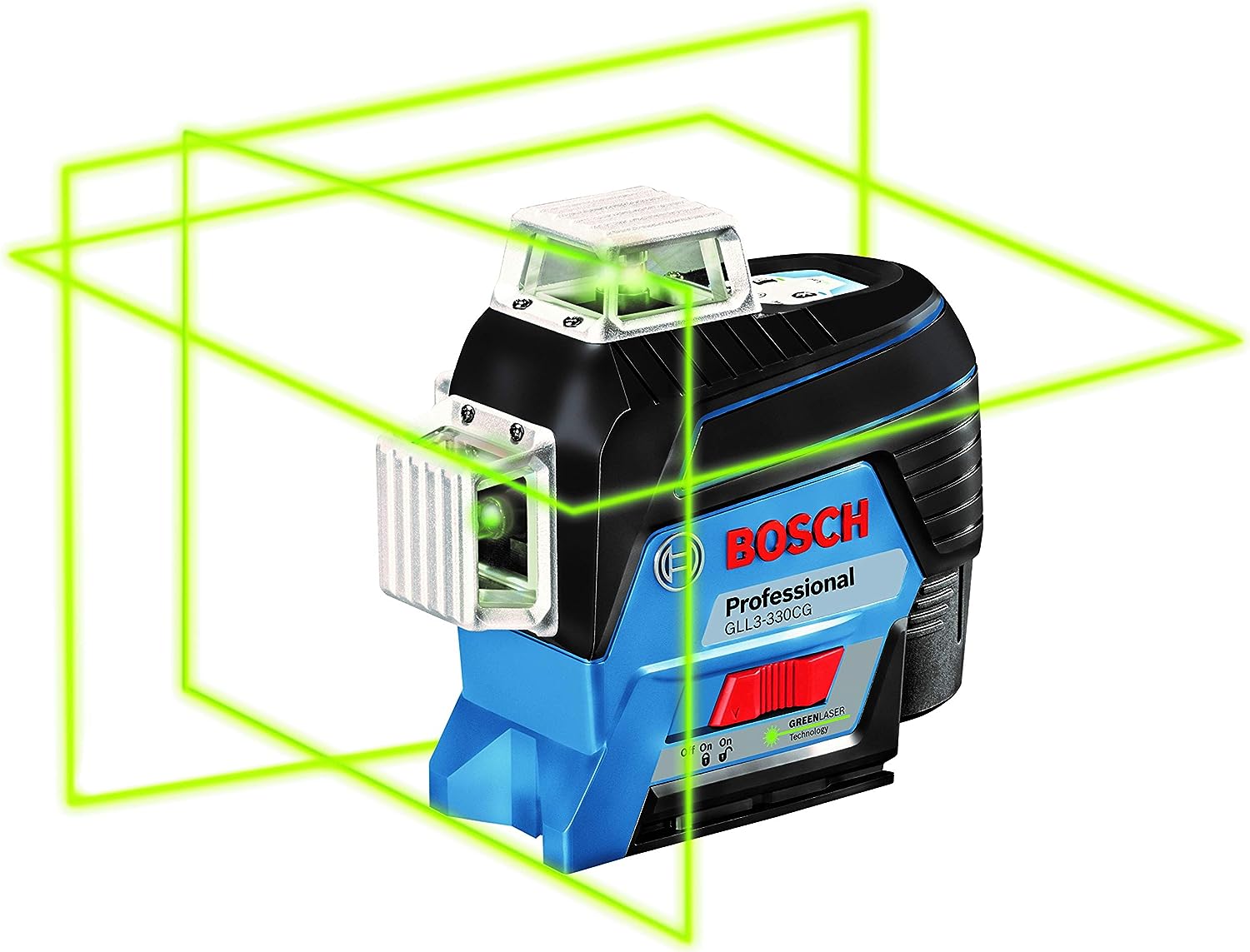