Ryobi P1832 vs P1817… both of these Ryobi products come with 2 tools – a drill driver and an impact driver – and other inclusions.

For the confused, a drill driver (or just a “drill”) is a general-use tool whose main task is for drilling into wood, plastic, and even metal. An impact driver, on the other hand, is a specialized tool whose main job is driving screws and fastening bolts. It’s more powerful and may be more compact than a drill.

In this post, we give you the differences (and similarities) between the Ryobi P1832 and the Ryobi P1817 combo kits.

On this site, we’ve compared quite a few power tool kits. In one post, for instance, we did a Milwaukee 2801-22CT vs 2606-22CT Drill driver kit comparison. Check it out here.

Here’s a chart for a quick reference.

Based on the data provided in the chart above, here’s a rundown of these combo kits’ differences.

Which of these combo kits should you get? Get the Ryobi P1817 if you want more power and speed. Let’s not forget that the LED light of the drill driver is a great feature. 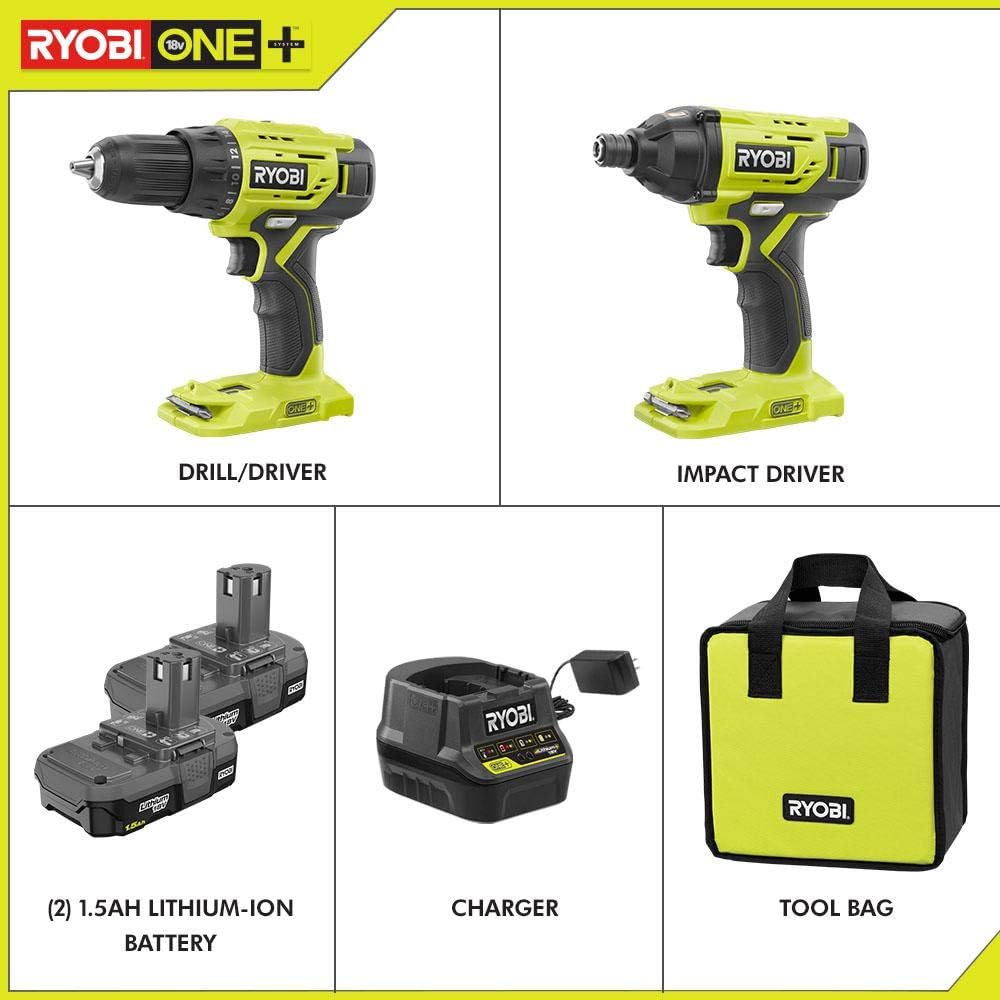