The LM2142SP and the LM2135SP from EGO Power+ are self-propelled mowers. It means that you’ll enjoy the convenience of simply guiding them around your yard while they move forward by themselves. If you want to push them by yourself, however, you can always opt out of this self-propel function.

Speaking of function, these lawn mowers are considered 3-in-1. They’re reliable for mulching, bagging, and side discharge purposes. What’s the difference between the two? Find out in this EGO Power+ LM2142SP vs LM2135SP report.

Here, we list down the major differences between these two lawn mowers.

The Select Cut feature is only present in the EGO Power+ LM2135SP. What does this feature do? According to the official website of the manufacturer, the LM2135SP has a total of 2 interchangeable lower blades – mulching and bagging blade. Each blade serves a purpose, but overall, they should enhance cutting performance.

Peak Power is a feature present in the EGO Power+ LM2142SP. What does it do? With this lawn mower, you can combine 2 Arc lithium batteries for longer run time power.

Because the EGO Power+ LM2142SP has the Peak Power feature, expect two 5.0 Ah batteries to be included in your package. It takes 50 minutes to charge each battery. 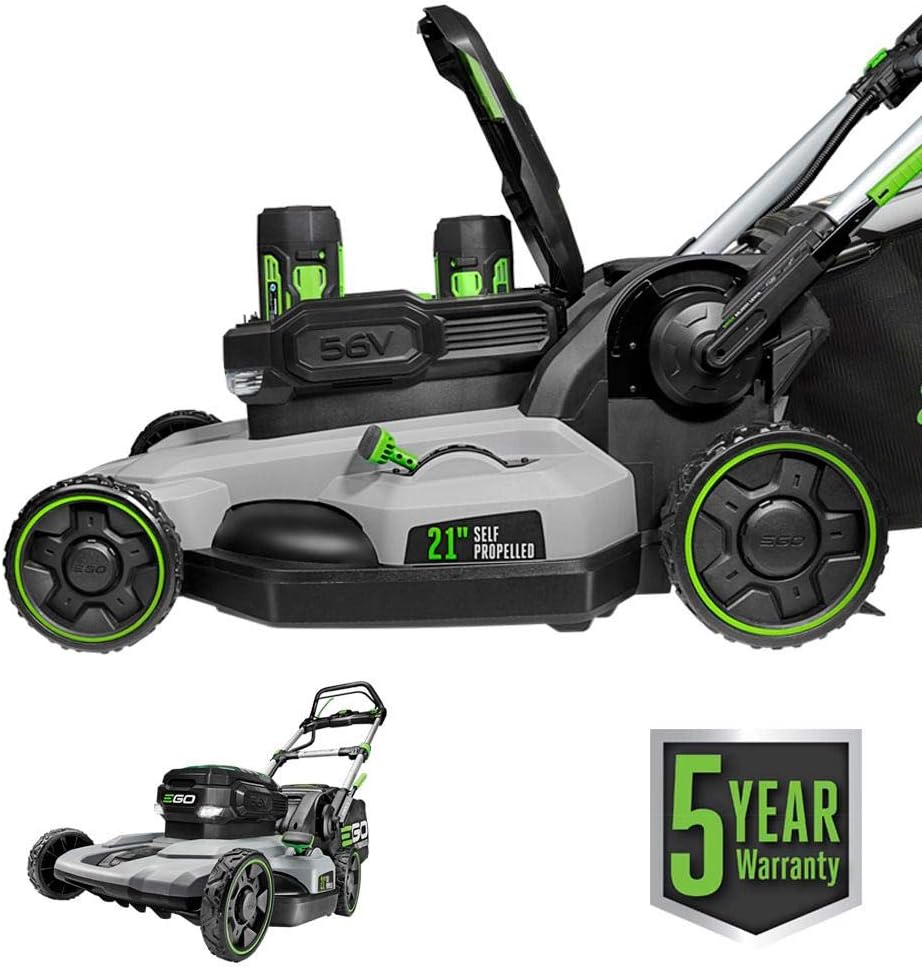 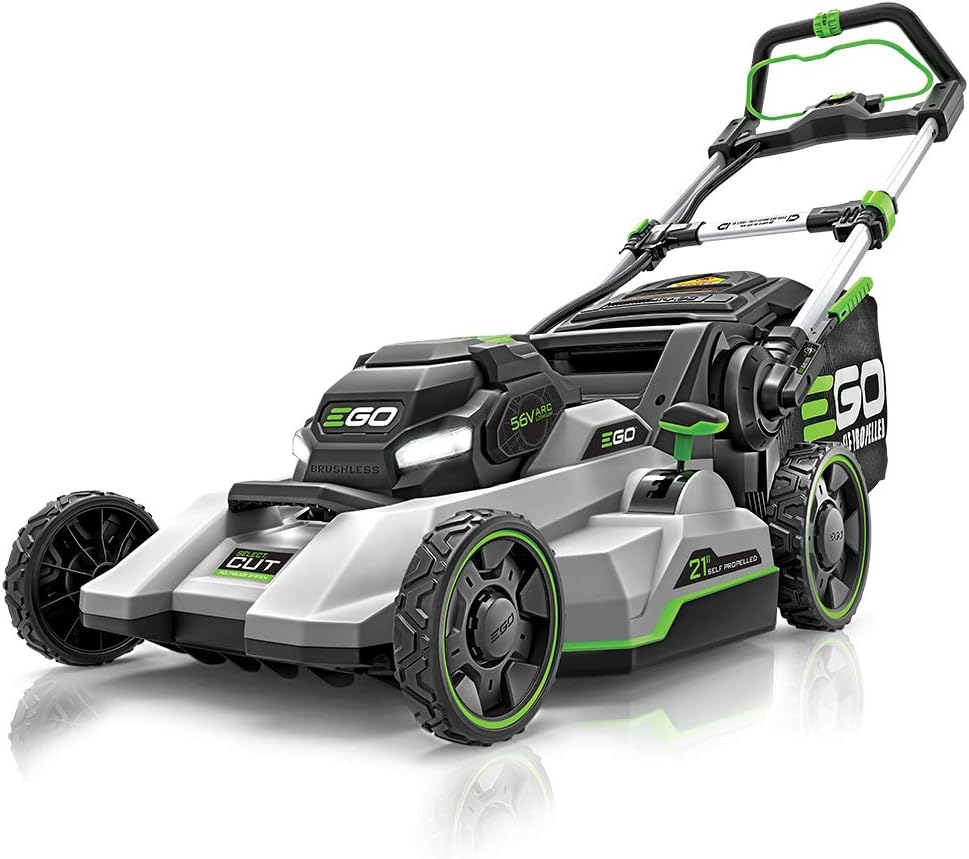 Both of these lawn mowers come with a powerful motor that can cut through your lawn with ease. They have a wide deck that’s made of steel and they have wide rear and front wheels. What’s the difference? Read this Greenworks 25022 vs MO13B00 to find out.

From the manufacturer’s official website and manuals provided, here’s a chart that shows a side-by-side comparison between the specs and features of the Greenworks 25022 and the Greenworks MO13B00.

As you can see in the chart above, the 25022 and the MO13B00 have several specs and features in common. For instance, both of them have 3-in-1 functionalities: side discharge, rear bagging, and mulching. All you have to do is to change bags / chutes.

The Greenworks 25022 has a 20-inch deck while the Greenworks MO13B00 comes with a 21-inch deck. This affects the cutting width by about an inch, which can be a dealbreaker to some.

Note that both decks are made of steel.

Which lawn mower should you get? Get the Greenworks MO13B00. Overall, it has better features. If you want a larger cutting path, for instance, the MO13B00 comes with a 21-inch steel deck. It’s also lighter, and it has a more powerful motor. 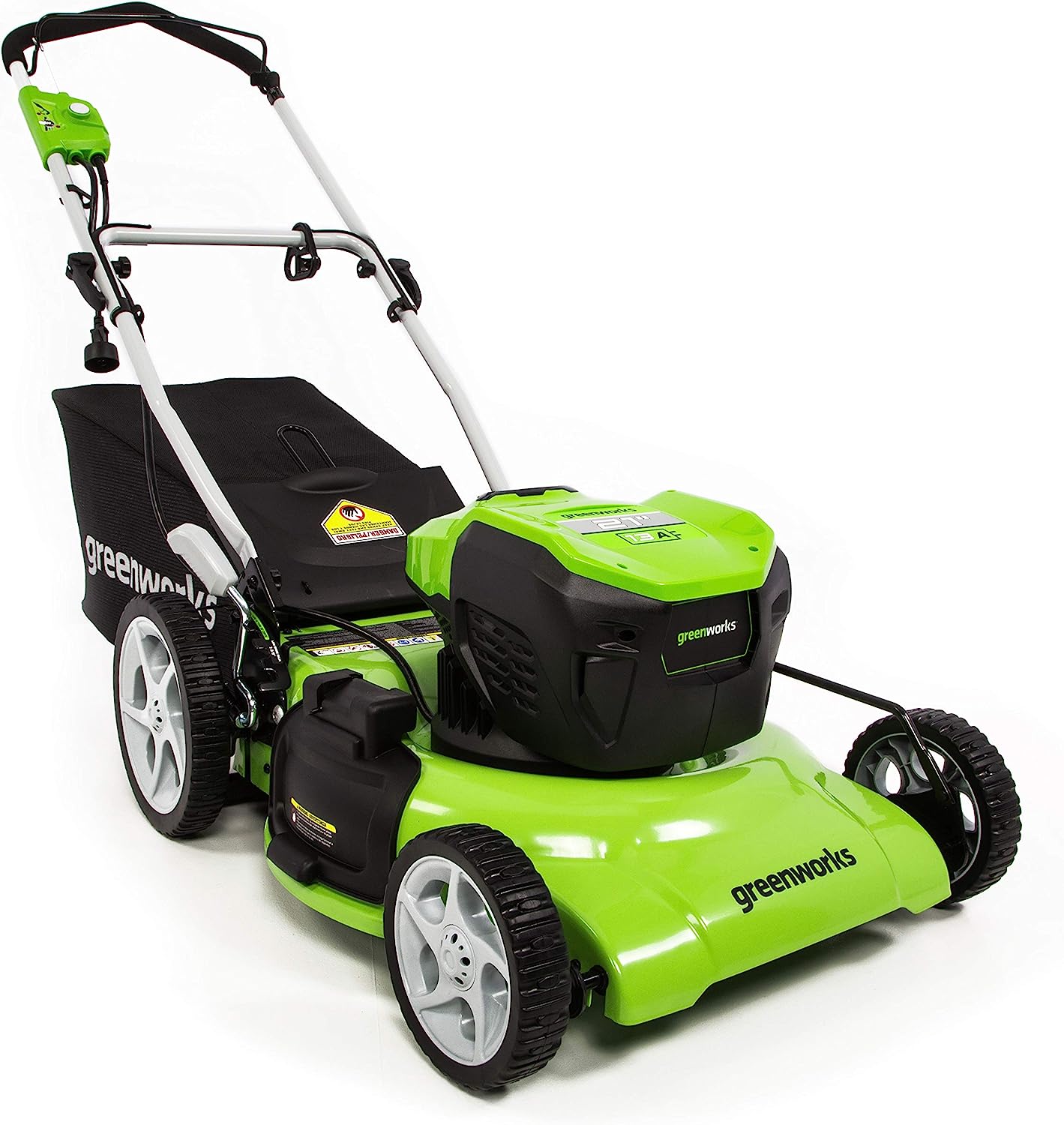 As you can see in the chart above, there is no difference in the features of the BESTA512CM and the MTE912. Both of them have adjustable heights and handles. They also have the same cutting height and width. Plus, they have the same items included in the box. They differ only in their weight and size.

According to available data, the Black + Decker BESTA512CM is slightly lighter than the MTE912. This lawn mower weighs 9.9 lbs. In comparison, the MTE912 weighs 10.2 lbs.

The BESTA512CM is also slightly slimmer than the MTE912.

Which of these two lawn mowers should you get? Get the Black + Decker BESTA512CM. It’s newer and lighter. Plus, it was made small enough to handle small yards and store easily.

In one of our reports, we’ve compared the Worx WG743 against the WG779. Based on the specs gathered, we found that the WG743 has more to offer.

As you can see in the chart above, the WG743 and the WG744 have several things in common. For instance, they’re both battery-operated. They come with 2 lithium ion batteries. They also have a collapsible handle, which should come in handy when storing them.

Aside from that, they have the same deck width that measures 17 inches. This allows a cutting width of 16 inches.

Below includes a list of these lawn mowers’ differences, which can make or break your decision as to which one should you purchase.

Both of these Worx lawn mowers come with a collection bag, but they differ in capacity. By a slight margin, the WG743 can collect more grass than the WG744. According to data, it has a 45-liter capacity. In comparison, the WG744 can collect up to 40 liters of grass.

Which of these two Worx lawn mowers would we recommend? Get the Worx WG743. It has better features overall. It has a better cutting height range, it is lighter, and it has better grass collection capacity. 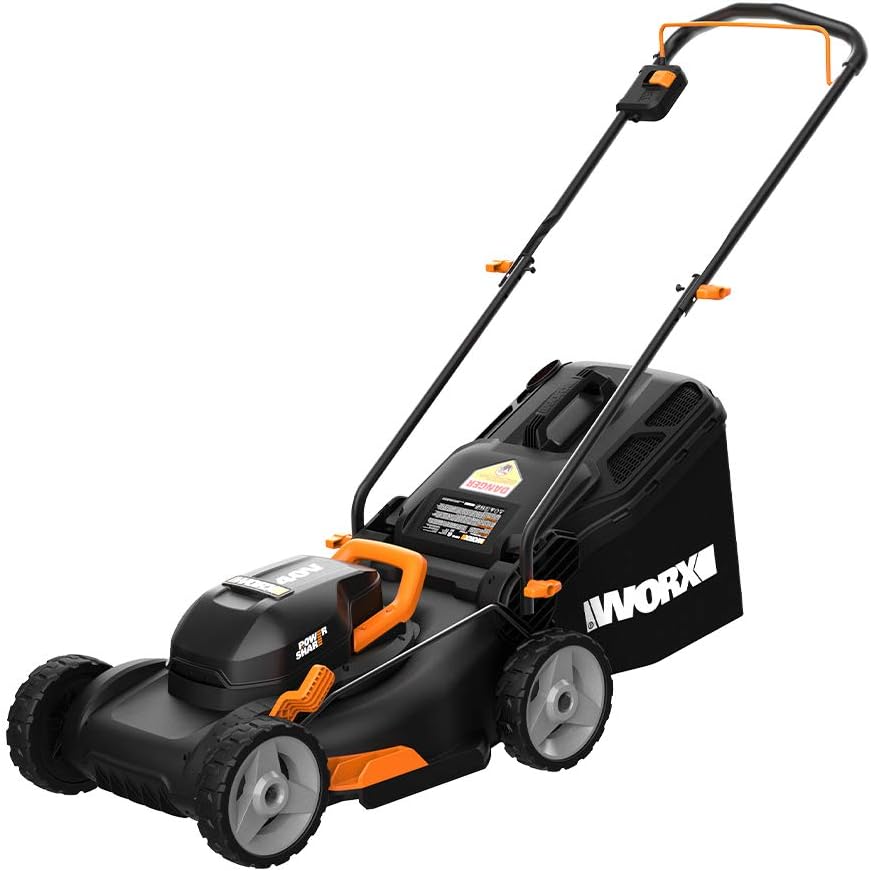