On this site, we’ve done a number of EGO Power+ blower comparison reports. Here, we’ll do another one. This time, it’s between the LB5800 and the LB6500. Both are sold as a tool-only product, which makes them perfect for homeowners who already own EGO lithium batteries. They’re also battery-operated blowers, making them much quieter than the gas-powered models.

Question is, which of these blowers has better specs and features? Quickly find out in this EGO Power+ LB5800 vs LB6500 report.

Before the differences, let’s point out the key similarities real quick. As mentioned in the beginning of this blower comparison report, both these models do not come with a battery and a charger.

However, they come with a flat nozzle and a tapered nozzle. These accessories are made to “further concentrate” and “further spread” the air flow and speed.

The EGO Power+ LB6500 has the advantage of a better air volume and air velocity rating. Because of this, overall, this blower can clean a larger area and can help you finish your tasks quicker.

According to the manuals, the EGO Power+ LB6500 has a better maximum blowing force rating. That said, it is more powerful and more efficient in tackling a variety of cleaning jobs than the LB5800.

On Boost mode, the LB6500 consumes more battery charge than the LB5800.

Which of these blowers should you get? Buy the EGO Power+ LB6500. Overall, it has better specs / features. It’s more powerful and has a better CFM rating than the LB5800. 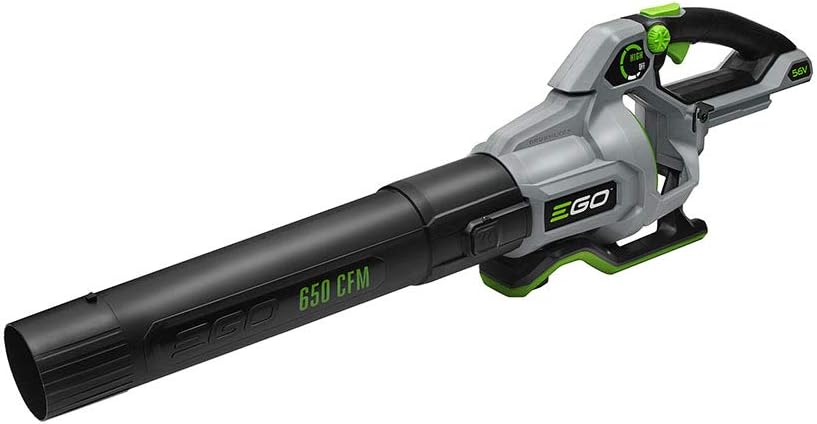