Based on the chart above, here are the main differences between the Dewalt D28715 and the DW872.

These chop saws come with a sturdy extra-wide solid steel base, but the difference lies in the color. The Dewalt D28715 is unmistakably silver while the DW872 has a black color.

In general, the Dewalt D28715 has a better cutting capacity especially at 90 degrees.

The Dewalt D28715 is equipped with a trademarked feature called Quick Change. According to the company, this feature is a keyless blade change system, which is designed to increase productivity by allowing you to change wheels without having to use a wrench.

Which one is better between the two? Based on the data provided above, here’s our recommendation: get the Dewalt D28715. It has a better cutting capacity, has the Quick Change feature, is lighter, and has a better no-load speed rating. 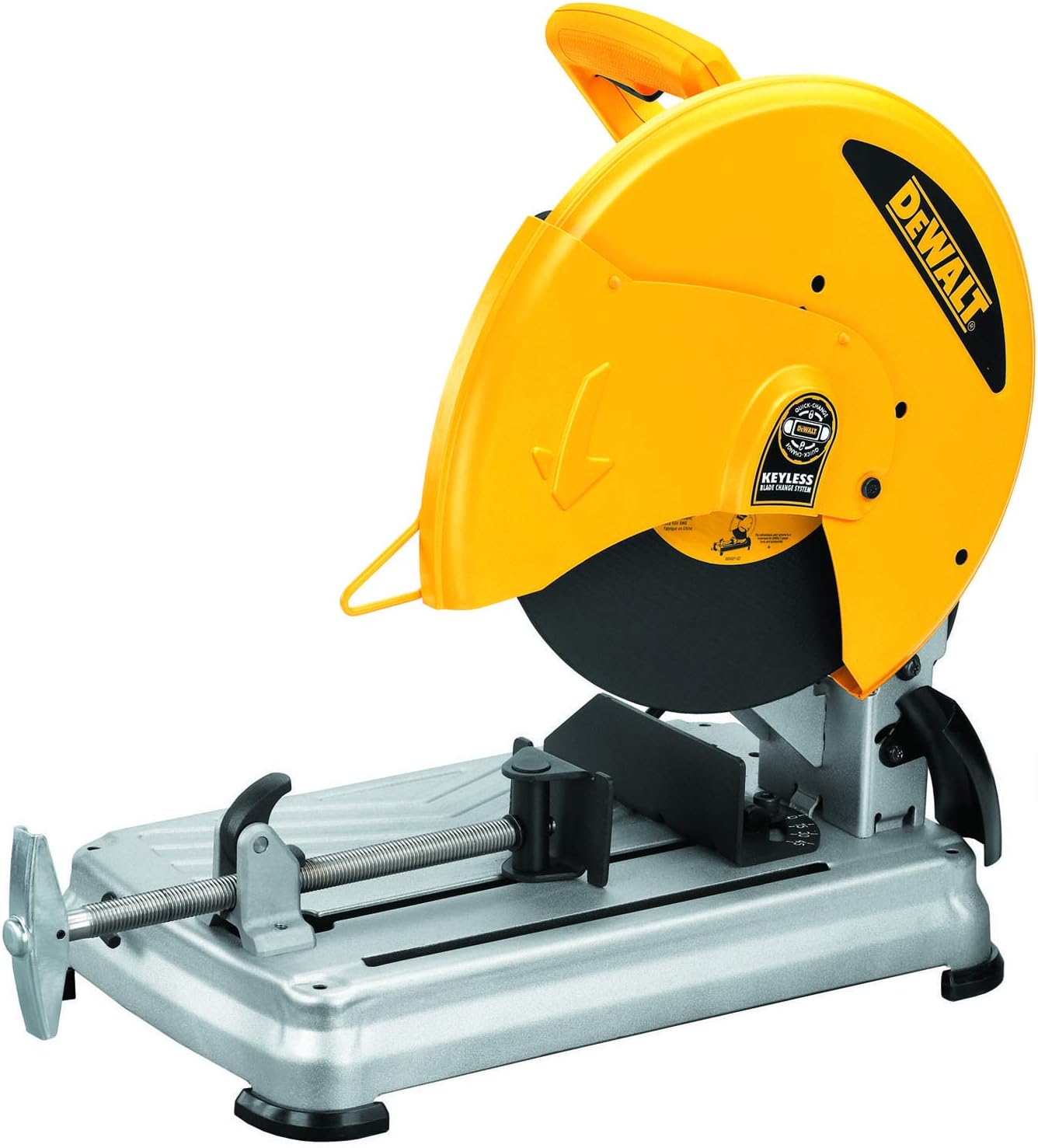